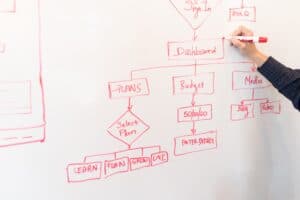 So, you’re planning your Hubspot migration to Pardot, congratulations! Making the switch between platforms can be daunting and overwhelming, but this change is also a great opportunity to perform any data, asset, or list clean-up you’ve been wanting to tackle. Think of this as a clean slate to rejuvenate your marketing automation efforts.

Before you turn the lights out on your Hubspot account, give yourself plenty of time to transition from Hubspot to Pardot. It’s important to make sure that you give yourself plenty of overlap time between turning on Pardot and turning off Hubspot. The overlap time for both accounts can vary depending on how many assets you have, how much you plan to bring from one platform to another, Salesforce data, among other things. In general, even if you aren’t bringing a lot from Hubspot to Pardot, it’s best to give yourself at least six weeks to make the switch.

Here is a list of 10 tips to ensure your transition from Hubspot to Pardot is as seamless as possible.

In many instances, individuals or teams running the marketing automation efforts do not have time to continue their day-to-day tasks while simultaneously preparing for the switch from Hubspot to Pardot. Cloudtegic can ease the burden of making the switch by becoming your Pardot implementation partner. Whether you need Pardot training or just want us to rebuild your Hubspot assets in Pardot, reach out here to discuss your migration with us.